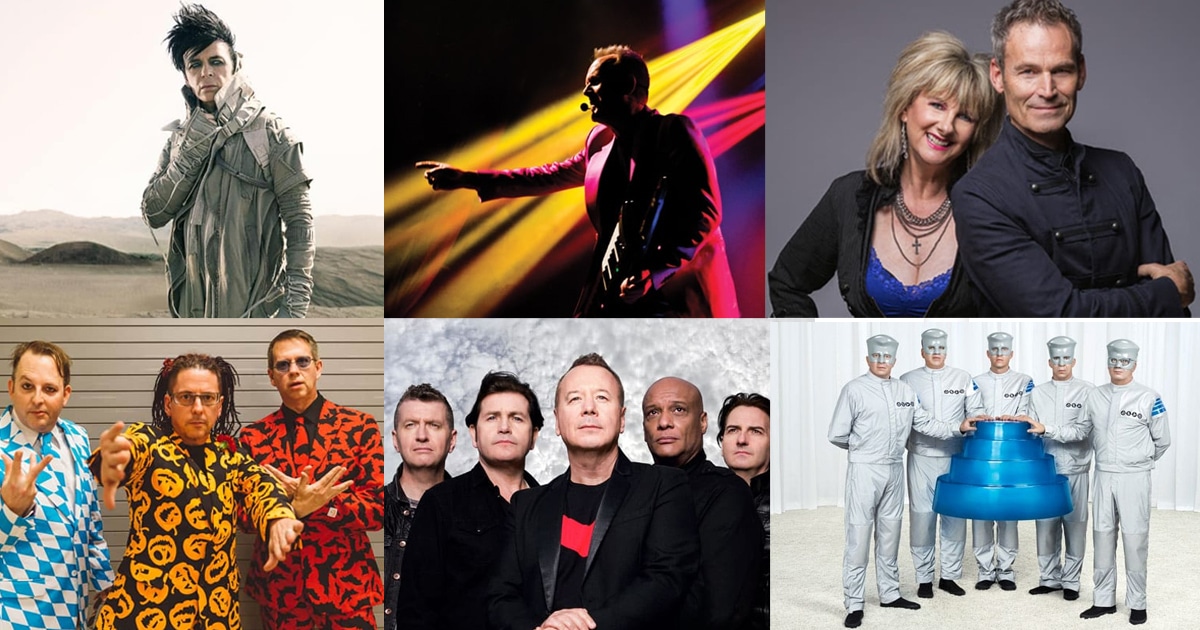 Over the years we’ve interviewed many bands and musicians who emerged or rose to fame in the 1980s. Below are some of the highlights. Keep checking back for new interviews and more archival material. To stay up to date, join our email list or follow on facebook or twitter!

Like many musicians, Midge Ure has ventured into online performances due to Covid-19 putting traditional concerts on hold. He’s strived to make the quality as high as possible by extensively researching the best possible equipment and techniques to present his music. The result is the “Backstage Lockdown Club,” a subscription-based service that provides access to live performance/Q&A events. Its launch roughly coincided with the 40th-anniversary boxset re-issue of “Vienna,” Ure’s first album with Ultravox.

Since emerging in the early ’80s, Bananarama has had a string of hugely successful pop hits, including “Venus,” “Cruel Summer” and “I Heard a Rumour.” They’ve continued to tour and release music over the years and recently released “In Stereo,” their first album in a decade. “In Stereo” has a modern edge, but the pure, energetic pop songs are unmistakably Banarama. It’s become their most commercially successful albums in years, hitting the top 40 in England and several other countries.

Featuring bassist Andy Rourke (The Smiths) and frontman/guitarist KAV (formerly of Happy Mondays), Blitz Vega creates heavy yet danceable music with driving guitar hooks and powerful vocals. The two musicians had discussed working together for years but only recently found their schedules aligned. So far, Blitz Vega has put out a single, “Hey Christo,” and they will be following it up with an EP recorded live in-studio (no overdubs) at the legendary Abbey Road Studio.

In recent years, electronic music pioneer Howard Jones has been focusing his energy on live shows rather than new albums. His last release, “Engage” (2015) was part of a larger crowd-funded multi-media project. But having taken a break from touring to focus on new material, Jones is back with “Transform,” his first regular album in almost a decade. “Transform” showcases Jones fully embracing his electronic roots but within a modern context. 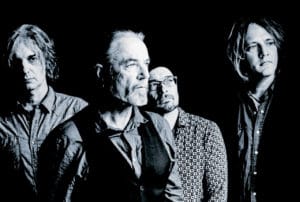 The Church recently kicked off the second leg of a US tour celebrating the 30th anniversary of their “Starfish” album. We interviewed frontman Steve Kilby before the first leg, and recently had the chance to speak with guitarist Ian Haug, as well. Haug is the newest member of The Church, having joined in 2013. Previously, he was best known for being part of the long-running and highly successful Australian band Powderfinger.

Secret Affair was firmly part of the British mod revival of the late 70s, and like the scene itself, did not make it far into the 80s. The group initially disbanded in 1982, but founding members Ian Page and David Cairns are keeping the music alive with an upcoming 40th Anniversary tour.

The intensity and freshness of The Church’s 2017 album ‘Man Woman Life Death Infinity’ proved that the Australian band is in no way stuck in the past. But they have also been happy to celebrate their musical history, with such projects as their current US tour celebrating the 30th anniversary of their breakout album “Starfish.”

With his new solo album, “Science Fiction,” former Thompson Twins member Tom Bailey has made a welcome return to pop music. After Thompson Twins ended in the early 1990s, Bailey remained active with such projects as Babble and International Observer, but his music had shifted into more experimental and varied directions. But after starting to perform Thompson Twins material live again, he founds his love for pop music re-ignited.

ZANTi is a new project from Anni Hogan and Derek Forbes. Hogan is known for her solo career work and collaborations with Marc Almond, Nick Cave, Barry Adamson & Wolfgang Flur, among others. Forbes was a long-time member of Simple Minds and has also been part of bands such as Propaganda and Big Country. After 18 months of work, they completed their cinematically inspired eight-song debut album “Broken Hearted City.”

Midge Ure is no stranger to radically re-working music from his past. On his 2015 “Fragile Troubadour” tour, he proved that even such Ultravox classics as “Vienna” and “Reap the Wild Wind” could maintain their power when stripped down to just guitar and voice. On his new album, “Orchestrated,” Ure goes to the other extreme, re-imaging solo and Ultravox material with the accompaniment of an orchestra.

Dave Wakeling talks about “Here We Go Love,” his first new album with The English Beat in over 30 years

Dave Wakeling has been touring as The English Beat for many years, but until now had not released any new material. But the recently released “Here We Go Love,” is well worth the wait. The album captures the essence of classic English Beat without trying to recreate the past.

Gary Numan talks about “Savage (Songs from a Broken World)”

Best known for his new wave synth pop hit “Cars,” Gary Numan’s greatest success in decades was his 2013 “Splinter (Songs from a Broken Mind)” album. Having felt pressure to follow it up, it was actually Donald Trump that provided the creative spark behind his new “Savage (Songs from a Broken World).”

While Jay Aston’s Gene Loves Jezebel have regularly regrouped to perform together, “Dance Underwater” is their first new album in 14 years. 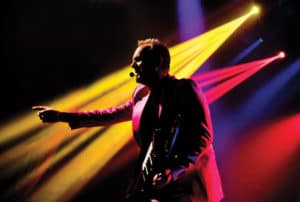 Long before laptop-based live music became a possibility, Howard Jones was lugging a much larger arsenal of gear on stage for his pioneering ‘one man band’ performances. Jones has evolved with the technology, and now live performance is as important as ever.

After her time with legendary 80’s synth-pop duo Yazoo, Allison Moyet embarked on a highly acclaimed and varied solo career. She returned to fully embracing electronic music with her 2013 album “The Minutes,” and continues in that direction with her new release, “Other.”

Having worked together in Bauhaus, Tones on Tail and Love & Rockets, Daniel Ash and Kevin Haskins are now going on the road to perform material from all those bands. In the case of Tones on Tail, it is music that hasn’t been played live since 1983.

Peter Hook & The Light are releasing live recordings of classic Joy Division and New Order albums. The legendary bassist discusses the releases, his motivations for starting The Light, working with his son, and more.

While still at work on their next album, Heaven 17 recently gave listeners a taste of what’s to come by putting out a new limited availability digital release, “Not for Public Broadcast.”  Member Martyn Ware talks about the release, upcoming live shows and more.

Best known for their 1984 mega hit “Obsession,” Animotion are back with “Raise Your Expectations,” their first studio album in 27 years. The group had started performing together again in 2001, but it was only recently that everything aligned for the creation of new music. 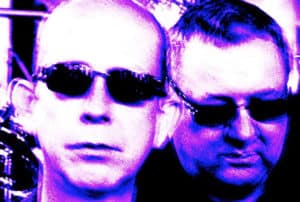 Interview with David Ball (Soft Cell, The Grid) about PHOTOSYNTHESIS, his album with Jon Savage 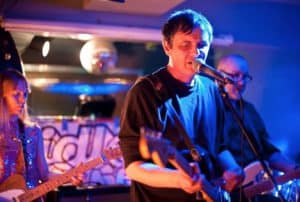 Martin Bramah interviewed about the return of The Blue Orchids

The Blue Orchids are back with a new album, “The Once And Future,” as well as numerous re-issues. Leader Martin Bramah talks about returning to the project and his career in general. 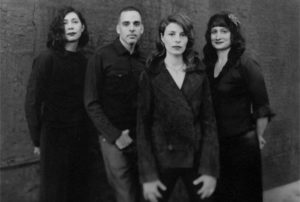 Interview with Ted Ottaviano of Book of Love

Ted Ottaviano talks about “MMXVI – Book of Love – The 30th Anniversary Collection” and the return of Book of Love. 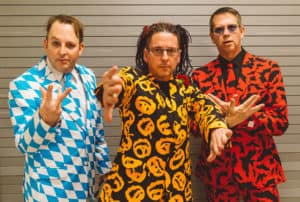 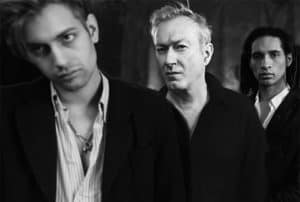 Andy Gill interviewed about the Gang of Four album, “What Happens Next,” and looks back on the group’s long career.

Gang of Four are back with “What Happens Next.” Andy Gill talks about the new line-up and the group’s long career.

Jim Kerr talks about “Big Music,” the new album from Simple Minds that rivals any previous work from their long career.

In-depth interview with Martyn Ware about his current work with Heaven 17 and 3D audio, musical past with the Human League, and more. 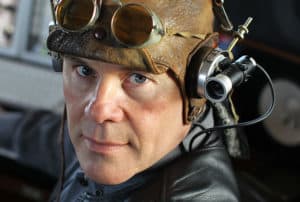 Thomas Dolby talks about the making of his film, “The Invisible Lighthouse.”

Neil Arthur talks about the return of Blancmange

Having turned down past offers to reunite, British synth-pop group Blancmange have finally decided that the time is right for their return. 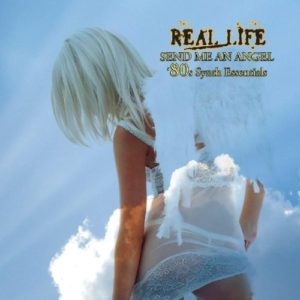 Best known for the-synth pop classic “Send Me An Angel” as wells as such club hits as “God Tonight,” Australian synth band Real Life is 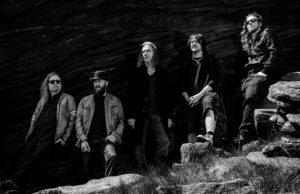 Throughout their 20 year history, New Model Army have never really fallen into a clearly defined musical genre. That’s one of the reasons why nothing

The story goes that in 1966 future members of Devo formed a highly influential surf band called The Wipeouters. So pioneering were they that some 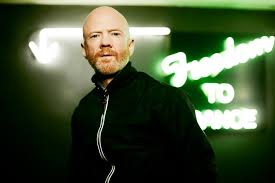 Jimmy Somerville was first heard from as part of 80’s synth-pop trio Bronski Beat (“Smalltown Boy”). After leaving that band, he went on to the 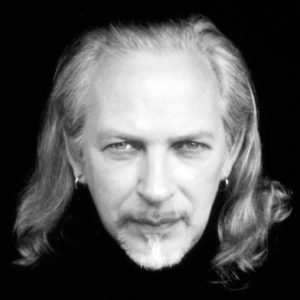 Steven Severin interviewed in 2000 about his solo releases and starting his own label (RE:) When Siouxsie and the Banshees decided to split, did you

An interview with Anne Dudley and Paul Morley of The Art Of Noise, conducted when they were releasing “The Seduction of Claude Debussy” in 1999.

Marc Almond interview from 1999 about his solo career and time with Soft Cell. 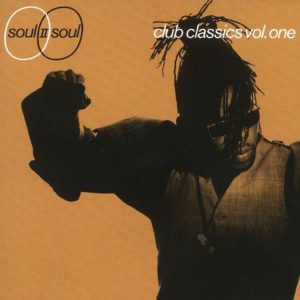 Interview with Jazzie B of Soul II Soul

An interview with Jazzie B How has the Soul II Soul website been working out? Are you directly involved with it? “That’s been up for 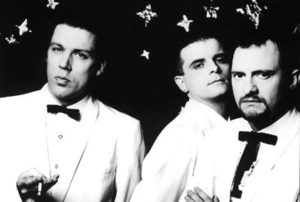 Now reduced to a duo of Andrew Gray and Michael Allen, The Wolfgang Press have finally returned with a new album, “Funky Little Demons.” The

On his 1993 album “Cyberpunk”  Billy Idol re-defined his approach to creating music.  The album was created in Idol’s home studio, which is controlled by

By taking chances and pushing the existing technology to the limits, New Order proved to be pioneers of combining rock and electronic music. And unlike 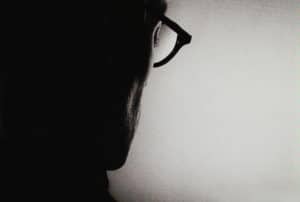 Back in the early 80’s, David J was part of Bauhaus, one of the most influential bands of that era. Along with such other groups