The intensity and freshness of The Church’s 2017 album ‘Man Woman Life Death Infinity’ proved that the Australian band is in no way stuck in the past. But they have also been happy to celebrate their musical history, with such projects as acoustic performances of classic albums and performances with symphony orchestras. They’ve just embarked on a US tour celebrating the 30th anniversary of their breakout album “Starfish.” Before heading out, singer-songwriter and bass guitarist Steve Kilby discussed the tour.

To what degree are you attempting to recreate the original album live, versus perhaps update or reinterpret it?

Will you be doing other material as well?

Steve Kilbey: We’ll do the Starfish set and then we’ll have a break. Then we’ll come back on and we’ll play something old, something new, something borrowed, something blue. It will take shape and will be something interesting, I think. Right across the career kind of thing.

This isn’t the first time you’ve revisited past material. Are there any songs you think have taken on new life?

Steve Kilbey: “I think when we did it with the symphony, that really changed a lot of the songs. Some of them were just the same but with strings, and others really changed and became something else. I think on the acoustic album, a few songs, “Unguarded Moment” and a few others, sort of revealed another aspect of themselves when the electric guitars were taken away and things were stripped back.”

There is a large back catalog of music by The Church, how do you decide which older material to perform?

Are there any particular tracks from “Starfish” that you are excited to be doing again?

Steve Kilbey: “I always like doing “Destination,” the first song, and “Hotel Womb,” the last song. We hadn’t been doing them much, but it’s good to have them back in the set. I think they’re real church standards.”

The Church do tours like this based around past material but also put out new music –  do you find it a challenge to reach new audiences?

Steve Kilbey: “I’m like a farmer. I grow wheat and wherever it goes after, I’ve grown it. I don’t know if it’s young people, old people, same old people, new people. I just make music, and I don’t try to plot or plan who is going to consume it. I hope somebody will, and I’m happy with whoever I get. But I’ve stopped doing that kind of philosophizing or trying to aim stuff at people or wonder. Now, I just do it, I just do what my instinct tells me to do, and if we get some new young people involved, great. If we won’t, I don’t care.”

Has moving from major to independent labels affected the working process of The Church?

Steve Kilbey: “Once upon a time, that was the whole world—what label you were on and what your relationship was and how powerful they were. Now, it doesn’t matter. Nobody is selling records. It doesn’t seem to matter what label you’re on. It’s all the same. So, once again, I’m just the farmer. Whoever the co-op is and whatever market they sell it in, at whatever price, or whatever they do, I don’t really care. I stopped caring about all that a long time ago. It was driving me mad, trying to be across everything. A long time ago, I decided that I’m going to concentrate on music and be completely naïve and make music and see what happens with it. Everybody has got a theory on how things in the music business work and how they should work and how they could work. But I’ve stopped trying to analyze it or describe it. If the next record comes out on Sony and they release it on every format possible, or if it comes out on someone’s little brother’s thing where they just put out a memory stick … it’s not going to affect me. The way it ends up, on that label, all that stuff—I’ve stopped caring about all that.”

Do you have any preference between doing tours like this or focusing on new material?

Steve Kilbey: “After 38 years, The Church has created a body of work. I think every piece of that work is valid: the new stuff, the old stuff, the middle stuff, there’s good stuff in all of it. So, I’m happy if we’re doing a couple of classic albums. I was happy when we toured Australia and only played the new album. I’m happy to do all those things. I think all the music is connected. There are songs I like best, but they’re all valid and I’m happy doing anything, any songs at all. Old, new or whatever.”

Be sure to also read out interview with guitarist Ian Haug. 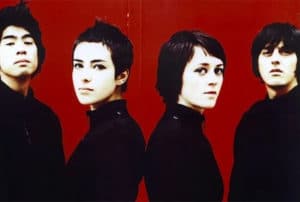 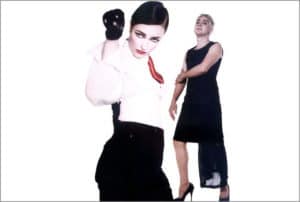