By Bob Gourley | Originally published in 1995

Trends come and go, but Saint Etienne’s pure pop sound makes them a band that is sure to be around for a long time. Sure, they absorb elements of whatever path dance music seems to be taking, but they always place content over style. As a result, they create songs that are both catchy and sophisticated. Their music is predominantly electronic, but the group tends to lean towards the warmer sounds and samples, something that makes their sound even more unique.

Like many dance/pop outfits, Saint Etienne started out using different vocalists for each project. But after hearing Sarah Cracknell on some underground techno records, founders Pete Wiggs and Bob Stanley asked her to join as the group’s full-time singer.

Saint Etienne’s debut album, “Foxbase Alpha,” proved that the trio were masters at smooth, intelligent dance music. Its follow-up, “So Tough,” and the current “Tiger Bay” show that Saint Etienne are not content repeating themselves. The group takes great pride in surprising the public by varying their sound from album to album, and their latest offering adds a folk edge and some real strings. While they don’t think their fans mind, their label is concerned that US listeners may get a bit confused.

“I don’t think it confuses people in this country, because in this country we do things in a slightly different way,” explains Cracknell. “In America, it is changed slightly, supposedly to suit the American market. I, however, think that the American market would be much happier just getting what we want to put out, what we put out in Britain. But you know, the powers that be…. So I think it would be more confusing for people in the states than here.”

Saint Etienne create their music in a small studio they co-own with Ian Catt, who engineers all their recordings. “Tiger Bay” took a total of six months to make, and though they weren’t following any kind of formula in the writing, they did have some goals for the LP in general.

“It was very specific, we had a plan to use folk melodies and quite a lot of techno and we also wanted to get other people to do mixes of certain things,” explains Cracknell. It was quite nerve-wracking because we’ve never done that before, we’ve always produced everything ourselves, but I think it worked really well. We were happy with what everybody did.”

The album features an appearance by The Charlatan’s Tim Burgeous, who adds his vocals to “I Was Born on Christmas Day.”

Saint Etienne’s approach to writing can differ greatly from track to track. For example, some songs are written by all three members, some by Stanley and Wiggs and some by Cracknell and others. The band is very fond of remixes and likes it when other people take their songs and drastically alter them.

For the live shows, Saint Etienne is expanded to an eight piece that doesn’t include Bob (he DJs before and after the sets) The group adds two backing singers, a drummer, bass player, guitarist, an extra keyboard player. Some samples are used to prevent it from sounding too different than the records, but most of the parts are played live.

The group is very eager to tour America (“Somebody send us the airfare and we’ll come over!” proclaims Sarah). Saint Etienne has had several disappointments when planned tours did not happen. Most recently, the band was meant to go on the road with the Charlatans, but bassist Martin Blunt hurt his back and the tour was canceled.

Saint Etienne are sure to surprise people with their next album through they refuse to hint at what direction their music may be taking in the future.

“That would be telling,” says Cracknell. “If there’s a direction I’d like to see the band go in the future than we probably will. I’d rather surprised people.” 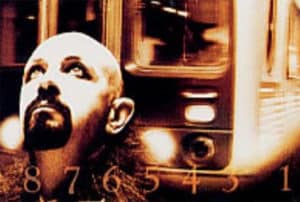 Rhys Fulber interviewed about the debut Conjure One album